Beyond the Dumpster: The Problem with Plastic | DJ Products
Hit enter to search or ESC to close
BlogsDumpster Mover

Beyond the Dumpster: The Problem with Plastic 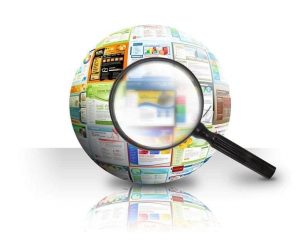 Look Closer at Plastic in Our World

Our dumpster mover accommodates loads of up to 5,000 pounds, but how much of that is plastic? Despite an increased focus on recycling, a disturbing amount of plastic continues to end up in the trash.

Plastic poses a wide range of threats resulting in long-term damage to the environment. Scientists continue to grapple with the problem of controlling the massive quantities of plastic waste around the globe.

“Statistic of the Year”

Approximately 9% of plastic produced over the last 60 years has been recycled. This staggering fact is so significant that Great Britain’s Royal Statistical Society named it their Statistic of the Year for 2018.

In quantifiable terms, plastic waste is accumulating at 6.3 billion metric tons per year. Even scientists working on the study were shocked at this almost incomprehensible number. Since plastic takes more than 400 years to decompose, most of it still exists.

A Global Approach to Plastic Recycling

For the past two years, scientists have been conducting their first-ever global analysis of plastic production and disposal. With 79% of plastic waste taking up space in landfills or across the environment as litter, projections show there will be 12 billion metric tons of plastic waste by 2050.

Most plastic waste ultimately finds its way into the ocean, where it causes significant harm to fish, birds and marine wildlife. Previous studies found that 8 million metric tons of plastic end up in oceans annually.

According to researchers, production of plastic has accelerated beyond the capacity to handle the waste. Scientists urge re-evaluation of manufacturing, design and usage to develop more eco-friendly strategies.