Drones and Airplanes, Who Owns the Skies? | DJ Products
Hit enter to search or ESC to close
BlogsAircraft Caddy

Drones and Airplanes, Who Owns the Skies? 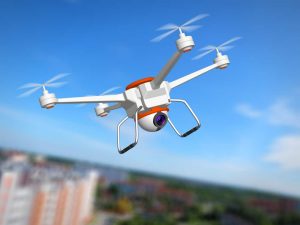 How to Maneuver the Skies

The increased use of drones, especially for recreational purposes, has raised concerns when it comes to keeping airplanes safe. While your airplane is safe on the ground while being pulled by an aircraft caddy, what about after it takes off in the air? Fortunately, new rules have been enacted by the Federal Aviation Administration (FAA) to protect planes from drones. Find out more about the issue of drones and planes sharing the air space.

The FAA issued 14 CFR part 107, which effectively prohibits drone owners from operating their devices in air space used by commercial planes. The FAA previously expressed concern in this 2014 article on drones, but the agency has since come up with definitive regulations. They are contained in Part 107, which became effective on August 29, 2016.

When it comes to collisions with aircraft, there have not been any known incidents involving drones striking planes. In fact, airplanes are more likely to have trouble with birds that collide with them or get pulled into engines. Birds are in the air far more than drones, and they outnumber these devices by quite a bit.

Solutions to lower the risk of drone and airplane collisions involve providing drone operators with more education about how to use their devices safely and FAA certification as Small Unmanned Aircraft System pilots. Technological solutions include apps that let drone operators know which areas to avoid, such as this map posted at drone manufacturer DJI (not related to DJ Products).

If you could use an aircraft caddy, please contact DJ Products. We carry high-quality powered aircraft tugs that can help keep ground crews and small plane owners safe while also saving you time and effort.