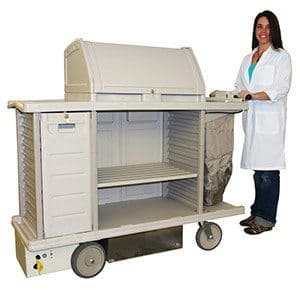 Despite the passage of the Affordable Care Act in 2010, the United States has continued to struggle with the problem of spiraling healthcare costs. For one woman from Idaho, the issue crossed international borders and has taken on nightmare proportions.

During a vacation to Mexico with her sister-in-law, 67-year-old retired high school teacher Vikki Moormann began experiencing uncontrollable vomiting. Doctors at the Hospital San Javier Riviera Nayarit diagnosed Moormann with a urinary tract infection and the initial stages of pneumonia.

The story took a bizarre turn when Moormann claimed that the hospital wouldn’t allow her to leave until she paid her bill, which had risen to $40,000. A hospital representative denied the accusation, blaming the media and Moormann’s son Ryen for sensationalizing the situation.

While Ryen attempted to raise the funds by setting up a GoFundMe page, Moormann was able to pay only $6,000 of the total charges. Moormann offered to make monthly payments, and her family contacted both the U.S. State Department and the U.S. Consulate, but nothing has been resolved.

In a conversation posted on his Facebook page, Ryen Moormann was told by another hospital representative that his mother would not be released until the bill was paid in full. When Fox News contacted Vikki Moormann, the phone cut in and out until they were informed that she was “busy.”

Whether your hospital cart needs are foreign or domestic, ask yourself if your employees struggle with moving hospital carts through busy hallways and tight quarters? Visit our website for information about electric tugs and pushers such as the CartCaddyLite from DJ Products.