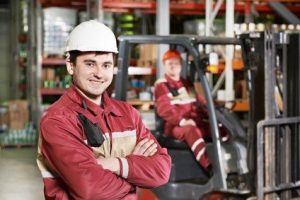 With Amazon’s far-ranging network of facilities, robust infrastructure and labor force of more than 600,000, it’s not far-fetched to compare the retailing giant to a self-contained country. Amazon has begun using its stature to wield influence among governments both here and abroad.

Continuing the parallel, “citizens” of Amazon are seeking to be heard on topics ranging from warehouse equipment to global warming. What issues are causing employees to raise their voices in protest?

Last year, Amazon CEO Jeff Bezos enjoyed a private summit with Canadian Prime Minister Justin Trudeau, and it was later announced that Amazon would open a new office in Vancouver employing 3,000 people. In the United States, Amazon caused a frenzy with its search for a city to host its second headquarters.

The “contest” was ultimately won by Washington, D.C. and New York City, although the latter eventually declined. It’s expected that a facility in the nation’s capital will give Amazon a stronghold for increased lobbying as well as efforts to obtain Department of Defense contracts.

For their part, several Amazon employees are taking an ethical stand against certain products. Workers are joining civil rights groups such as the ACLU in objecting to use of Amazon’s facial recognition software for “authoritarian surveillance.”

In a development that bears watching, some Amazon employees are taking advantage of stock holdings in their compensation packages. As shareholders, they have filed a resolution demanding that Amazon create a plan to deal with climate change.

Warehouse Equipment for All Applications

Your company may not be the size of Amazon, but your employees deserve quality warehouse equipment. Visit our website and chat with our sales engineers about our line of electric tugs, movers and pushers.