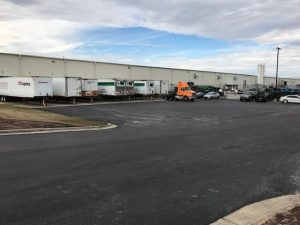 The term “yard trucks” may have taken on new meaning for residents near Delaware’s Port of Wilmington. For years they have complained about commercial vehicle traffic on their two-lane road, citing an obscure rule from Delaware Department of Transportation (DelDOT).

Late last year, DelDOT had an official response to the complaints. Unfortunately for local residents, it’s not what any of them anticipated.

Pyles Lane is a road frequently used by trucks entering and leaving the facilities of Port-to-Port International Corp., which is in the business of shipping used and wrecked vehicles to Central America. People living on Pyles Lane have complained about incessant noise, vibrations and emissions from the constant traffic.

DelDOT instituted a rule in 1971 saying trucks over 5,000 pounds were forbidden to travel Pyles Land from Del. 9 to approximately 200 feet from Port-to-Port’s entrance. The only exception made was for local vehicles making local deliveries.

Are Truckers Breaking the Law?

The rule made it virtually illegal for trucks to access Port-to-Port’s facility. Residents of Pyles Lane have been insisting that DelDOT enforce their law and forbid commercial vehicles to travel the road.

In a surprise move, DelDOT affirmed that trucks going to and from Port-to-Port qualify as “local vehicles making local deliveries” and are thereby exempt from the rule. They also moved the restricted line another 200 feet, freeing up access to Port-to-Port’s entrance.

C.R. McLeod, spokesperson for DelDOT, explained that banning commercial vehicles on Pyles Lane would effectively put Port-to-Port out of business, something the agency was not prepared to do.

Call 800.686.2651 to learn more about the features and benefits of our best-selling Electric Yard Dog.