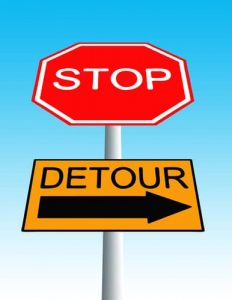 America is Lagging Behind in Global Trade. We Need to Step on the Accelerator and Catch Up!

In the midst of the U.S. trade war with China and U.K.’s impending ‘Brexit,’ on-site factory audits show a waning interest in ethics and sustainability. Are your semi trailer movers toting products from ‘red light’ districts?

Although overall ethical scores recorded in factory audits in the second quarter are higher than average 2017 values, manufacturers are falling behind on the previous quarter’s improvement pace. On the commonly used ‘traffic light’ ranking system, more than one-third of factories are falling into the ‘amber light’ category. (‘Red light’ indicates critical non-compliance issues such as child/forced labor.)

How Bad is It?

‘Ethical compliance’ remains a fairly broad term. Ensuring safe working conditions remains a major struggle. Though progress in this arena has slowed overall, second-quarter 2018 showcases fewer factories with immediate critical risks (threats to worker life/safety). Yet the number of fully-compliant ‘green light’ factories stands at a two-year low. Less than 20% of factories get the ‘green light,’ requiring significant improvement in the mid-to-long-term, especially in monsoon-ravaged Asia.

From Green to Brown

In the environmental arena, despite China’s 2017 efforts, the country continues to lag behind its Asian neighbors in terms of environmental compliance. In the first half of this year, manufacturers scored 21% lower than their Asian counterparts, with smaller factories (less than 100 workers) accounting for two-thirds of issues.

Presenting unprecedented challenges for the global supply chain, the drive to fight pollution and climate change (not to mention tariff repercussions) could send companies searching for new suppliers to surmount sustainability challenges.

How are you protecting worker safety? DJ Products semi trailer movers deliver. Learn more about ways to lighten your workload, prevent injuries, and save time with DJ Products today.