Batch or Wave Picking – Which is Best for Your Order Fulfillment Warehouse? 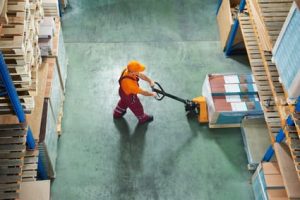 Batch or Wave Picking – Which is Best for Your Order Fulfillment Warehouse?

Did you realize that pickers in your order fulfillment warehouse spend nearly two-thirds of their shift moving their tugger carts from one bin to another? Batch picking and wave picking reduce that time for improved efficiency. Which process is right for your warehouse?

As implied by the name, batch picking involves sorting orders into batches that can be picked at the same time. This cuts down the number of times pickers must visit the same bin location.

Experts recommend batch picking for warehouses with a higher concentration of SKUs over a large area or those with SKUs in densely populated locations. Varying the number of orders in each batch boosts productivity by limiting traffic on the warehouse floor.

On the other hand, wave picking calls for pickers to work in specific zones rather than on batches. Once all the items are picked, they are collated into individual orders.

Wave picking generally works best in distribution centers with large numbers of SKUs. The process can be refined further into fixed waves, in which orders aren’t packed until the entire wave is picked, and dynamic waves, where each individual order is packed as soon as it’s completed.

Streamline Your Warehouse with Tugger Carts from DJ Products

When employees struggle to transport outsized or heavy loads, it seriously impacts productivity in your order fulfillment warehouse. Our full line of electric tugger carts offers a solution for every application.

Visit our website to learn more about tugger carts such as our best-selling CartCaddyLite, which can transport carts weighing up to 1,500 pounds.