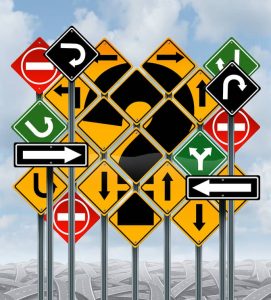 Do your terminal tractors need to stay out of the way of Tesla semis? Tesla’s new self-driving semis have a reputation for faster acceleration, even uphill. But how does this translate into on-the-road safety?

A New Breed of Semi

The Tesla company has reported many advantages of using its autonomous vehicles. They won’t jackknife; they go faster uphill – but will they have problems slowing down? The typical 18-wheeler is known for its propensity to runaway downhill. It reaches speeds that defy engine braking, experiences decreased braking force from air brake pressure loss (though this is less likely on modern haulers), and experiences drum fade with prolonged braking.

However, the Tesla semi is a different animal, with no gears/gearbox, and electric motors on drive axles for producing regenerative braking power.

Regenerative braking provides braking forces to 8-of-18 wheels, but doesn’t eliminate air pressure loss or brake drum fade. On an 80,000-pound, fully-loaded semi, will regenerative braking prove sufficient? Eight-million-pound diesel-electric freight trains utilize a similar stopping process with their dynamic braking systems, and store the friction-generated power in a battery. And as with Tesla’s autonomous semi’s, when used in conjunction with air brakes, it provides reliable speed control, which is relied upon in areas with heavy grades.

There’s No Replacement for Safe Driving

Though it remains unknown how Tesla semis in Autosteer will fare with steep downhills, due to their ability to accelerate faster, this will land the semis into more situations where speed is carried into the downhill leg. While in total, it’s likely there will be fewer runaway Tesla self-driving semis, there may be some.

Are you toting trailers safely? Reduce the possibilities of injuries and damage with terminal tractors from DJ Products today.