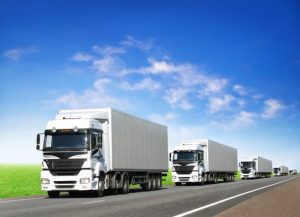 There has been a lot of controversy surrounding the idea of autonomous vehicles on the road. It seems strange to think that cars and trucks might be able to get from point A to point B without a human driver. But, this is the reality of the world we’re living in today.

In today’s world, federal trucking rules are stating that the term “driver” can refer to artificial intelligence operating the trucks on the road; even those that are long hauls. This means that while companies may use terminal tractors and manpower to get the trucks ready to leave their warehouses, that same manpower isn’t necessary on the road.

State Laws are Barriers to Technology

Of course, not every state shares this viewpoint, and many are hesitant to agree. But federal laws will overrule states’ laws. DOT regulations stand in the way of progress because humans are limited in the amount of time they can drive long hauls. Autonomous trucking technology solves several problems that logistics companies all over the country are facing. And there are even more benefits to the industry as well.

The Benefits of Autonomous Trucks

Millions of dollars can be saved by implementing this new technology. In fact, in 2016 Uber conducted a test in which an 18-wheeler drove 120 miles to deliver beer. The company stated that by using an autonomous truck, they could potentially save $50 million per year. That’s excellent news for the economy. Lives might even be saved by removing humans from trucks altogether because of the long hours that drivers often work, which can lead to fatigue and unsafe driving.

It might take some time before this is implemented in your state. Until then, if you need terminal tractors, contact us!